MyCompanies Wiki
Register
Don't have an account?
Sign In
Advertisement
in: Companies founded in 1846, Companies of Germany

Carl Zeiss AG was founded in 1846 by Carl Zeiss in Jena, Germany. It's industry is imaging and it's headquarters is in Oberkochen, Germany. After World War II, it was split into two companies, Carl Zeiss Jena and Zeiss West Germany.

Carl Zeiss was represented by Harold M. Bennett as its U. S. agent and in Canada by the Hughes Owen Company, Ltd. 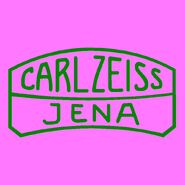 Used by Carl Zeiss Jena until 1991

Used by Zeiss West Germany until 1991