The appliance unit was sold to White Consolidated Industries in 1974 and reorganized as White-Westinghouse. After acquiring CBS, Inc. in 1996, the company sold off its non-broadcast operations in 1997 and was renamed CBS Corporation. Its nuclear power business was spun off as the Westinghouse Electric Company in 1998. That year, CBS created the Westinghouse Licensing Corporation to manage the "Westinghouse" brand. It was acquired by Viacom, Inc. in 1999. 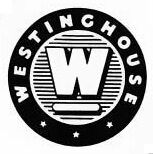 From the 1909 edition of Hendrick's Commercial Register

The Journal of the American Society of Mechanical Engineers (January 1911)

The Engineering Catalogues of Power-Plant Equipment (1913)

The Engineering Catalogues of Power-Plant Equipment (1913)